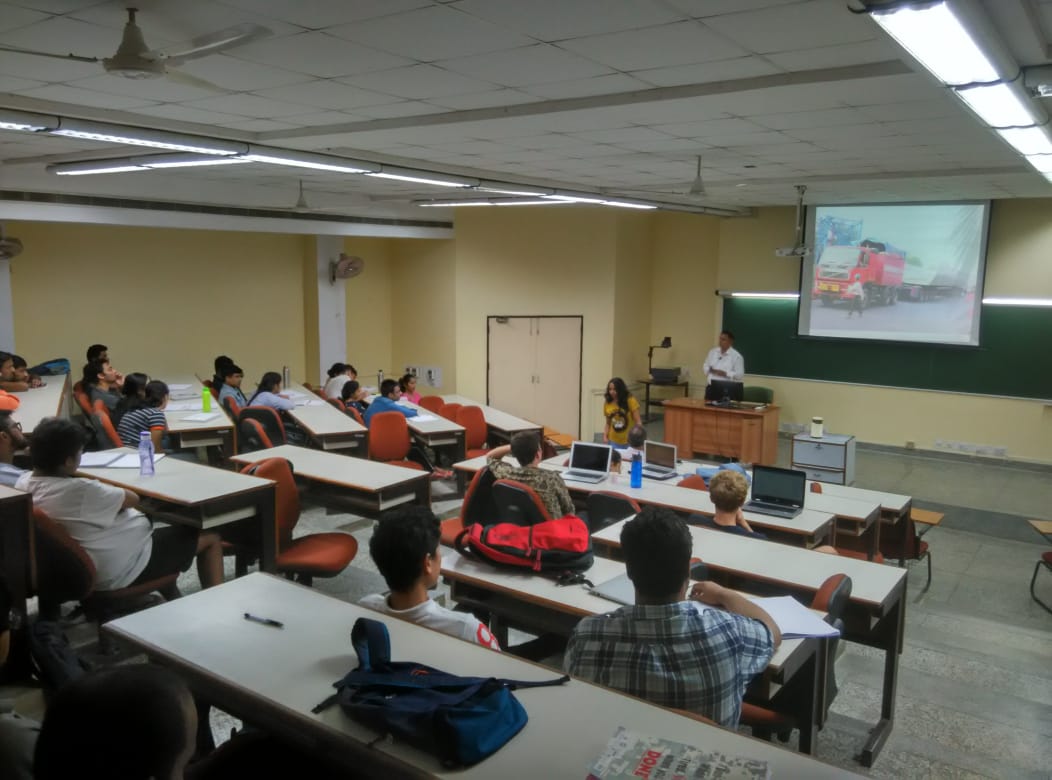 Shri Kumar Keshav, Managing Director, Lucknow Metro today visited the IIM Lucknow and shared the “Success Mantras” of Metro Project execution to the students at the Indian Institute of Management- Lucknow and the milestones which Lucknow Metro recently achieved after opening of its full stretch of 23 Km from CCS Airport to Munshipuliya on 8th March 2019.

Shri Kumar Keshav also shared his recent experience when Lucknow Metro was recently recognized and acknowledged at the National Day of Rail in Holland. He proudly told students that people out there don’t know much about the Lucknow City in India but only knows about the Lucknow Metro Project, as this is the fastest executed metro project of the world. He added, “Working passionately with a sincere, dedicated and devoted approach can only yield such impossible results”. Executing a mammoth project like the Lucknow Metro Rail Project is, nevertheless, an easy task in an extremely compressed deadline, he elaborated.

Sharing his recent experience was to commemorate the 150th birth anniversary of Mahatma Gandhi, Lucknow Metro has conducted several activities at its premises. Where on one side, a 24x7 water ATM machine was inaugurated at Lekhraj Metro Station and on another, we dedicated an entire wall of Sachiwalaya Metro Station to Bapu. The pictures over the wall, covering 19.7 meters x 2.7 meters, depict the journey of Gandhiji’s life.

Shri. Kumar Keshav said, ‘this is not just a collection of photographs, but a “Motto” that can inspire Lakhs of people to move forward in their lives. The life of Mahatma has been a journey of sacrifice which is an inspiration for people, by following his footprints people will be able to give a healthy and beautiful society to the coming generation.”