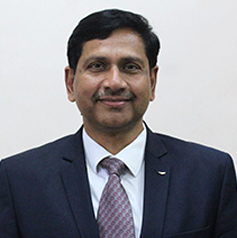 I am extremely happy that Lucknow Metro, a Special Purpose Vehicle (SPV), constituted by the Government of India and Government of Uttar Pradesh has accomplished its target and is going to start its commercial run for the people of Lucknow.

This is one of the most ambitious Mass Rapid Transit System (MRTS) projects of the Government which has been executed and operated well within the sanctioned budget and within an extremely compressed deadline. It has achieved the distinction of being the fastest Metro Project construction which has ever happened in this country and has set a new benchmark in the history of Metro Project execution and operation.

Taking Lucknow on the fast track of development, Lucknow Metro is going to run like a dream through one end of the city to another. It is a major milestone achieved in the history of the heritage city. It will not be an exaggeration to say that from now onwards, the history of the city will be referred to as 'Before' Metro & 'After' Metro.

Lucknow Metro will prove to be the most effective solution to the gap that got accentuated between demand and supply, cause of which is attributed to constrained public transport infrastructure and rapid growth of the city. It will provide the residents and visitors of Lucknow a state-of-the-art modern world class Mass Rapid Transit System (MRTS) that will be convenient, safe, fast, reliable, cost-effective, environment friendly and barrier-free mode of public transport for the especially abled commuters.

I convey my best wishes to all the Metro commuters and wish them a happy travel...